Finally made a little start on my Cold War Belgians. I’m still trying to fix on exactly what brigades/regiments to do but thought I’d try out basing some of the original batch I got. Although the paint job on these was basic but OK I decided to try out a slightly darker scheme. For the moment I’m going with a basic all green colour so I pretty well painted the whole lot Vallejo Bronze Green, applied a wash of Vallejo Sepia wash and then dry brushed with sky grey. 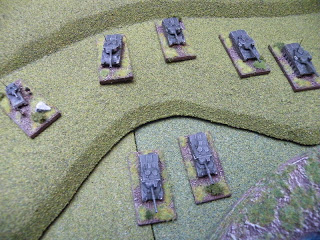 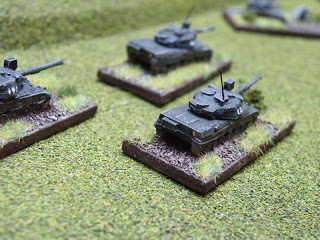 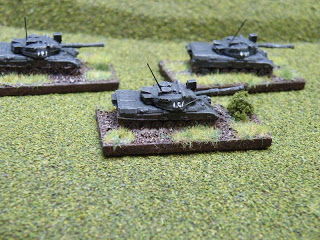 To try and give a little contrast to them I tried some unit numbers on the side (although I think if these were used they would be two rather than three digit), the odd white marking for unit symbols on the turret and a small Belgian flag on the rear right hand mud flap.

I THINK these are Leopard 1A2s but the basket on the rear of the turret seems to be solidly moulded. So I’m not sure really on the model/make? I know they are not H&R as I’ve just got hold of one each of their Leopards! Skytrex maybe?

I also did a scorpion up as a recce unit: 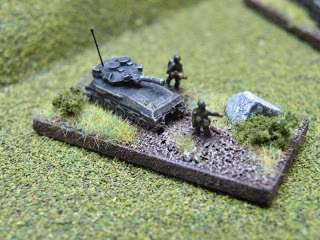 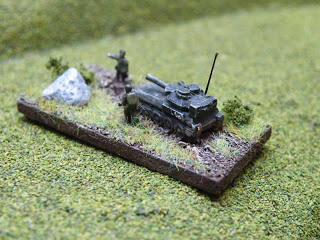 Another 6 to do for the full unit plus the HQ and some more recce.

On the subject of ID’ing vehicles (again!) I’m trying to sort out the model and manufacturer of the following T-62 and T-72s. The last model seems rather low and small compared to the middle T-72 so I think I’d like to get any further models to match the middle one:

I’m also stuck on what this is and where I could use it on CO/HQ bases? 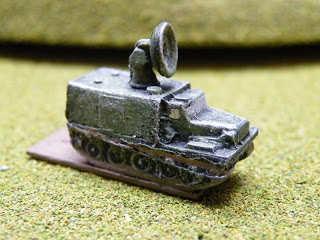 And finally, Ian was kind enough to give me a surplus SA-6 regiment which I will be touching up and re-basing in the near future. Cheers Ian: 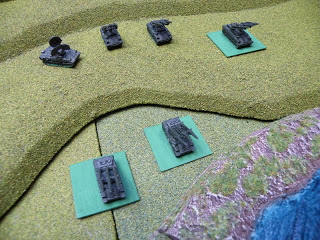 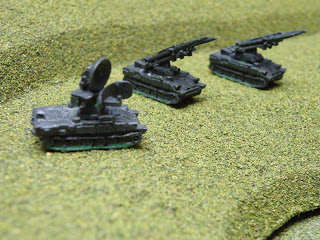 Surplus: I’m also in the process of chucking all the surplus vehicles I have on eBay. You can see the current list here.

That’s all for now…

3 thoughts on “CWC – Belgians and some questions!”