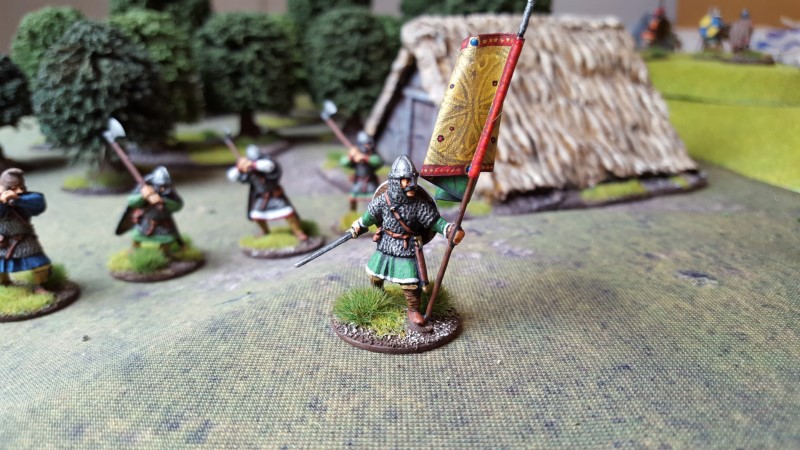 Finally finished the other four Huscarls, a banner bearer and the ‘lord’ for my Normans. Huscarls are Warlord/Saxon Miniatures. These chaps have the kite shield so later which probably fits with my proposed narrative. 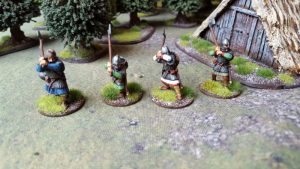 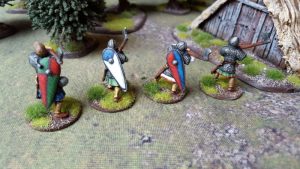 Next up the warlord for my Normans. I know I’ll eventually need to do a mounted one but most of what I have planned at the moment is foot based. Figure is Foundry I think. 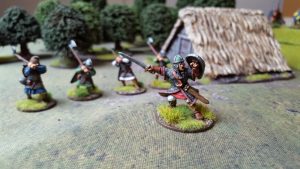 And finally a banner bearer for the Saxons. The figures is from the Warlord/Saxon character packs but he’s clearly meant to be holding a flag and doesn’t look too King-like so he’ll do. Banner didn’t come out as well as I hoped. The knot-work pattern just didn’t seem to work in gold and was bloody fiddly! Hence, scrunching it all up a but to hide. It’ll do for now. 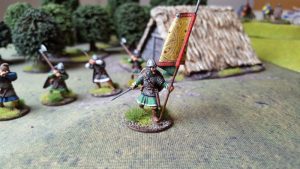 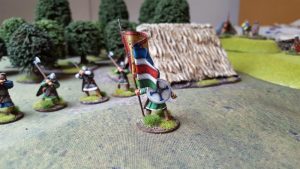 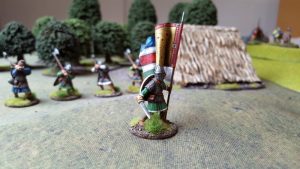 I really need to do a few more Fyrd figures but I think I need a tidy up and clear the decks and assess where I am. And, as ever, try and play a bloody game!

3 thoughts on “More Saxons! And a Norman. But not that one…”